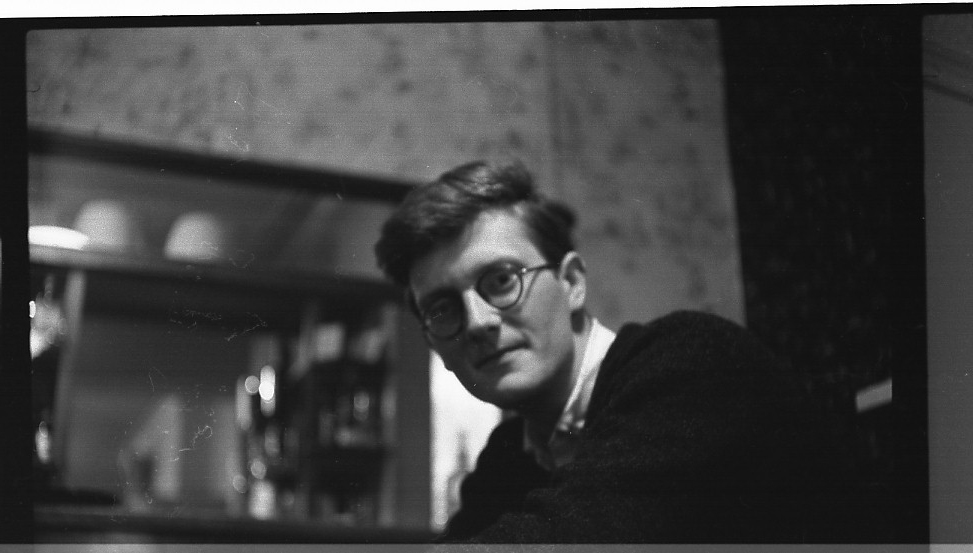 It wasn’t only climbing. Barry in a pub somewhere in North Wales between 1959-62.

Barry Edward Brewster was born on 6th February, 1940 in the London borough of Battersea, the second of five children, four sons and a daughter, of Mr. and Mrs. A. E. Brewster. At the conclusion of the Second World War Barry attended Holden Street school in Battersea. In 1951 he passed the 11 plus snd won a place at Emanuel Grammar school, Wandsworth.

In 1955 he was found to have tuberculosis and spent some seven months in the King George V hospital in Godalming, Surrey. His stay in hospital put back his schooling and he did not take his ‘A’ levels until the Summer of 1959.

He went up to Bangor University, North Wales for the start of the academic year 1959-60. He graduated in 1962 as a Bachelor of Science in Chemistry and Pure Maths.

Barry lost his life on 26th July, 1962 as a result of being hit by stonefall wile attempting the North Face of the Eiger with Brian Nally.