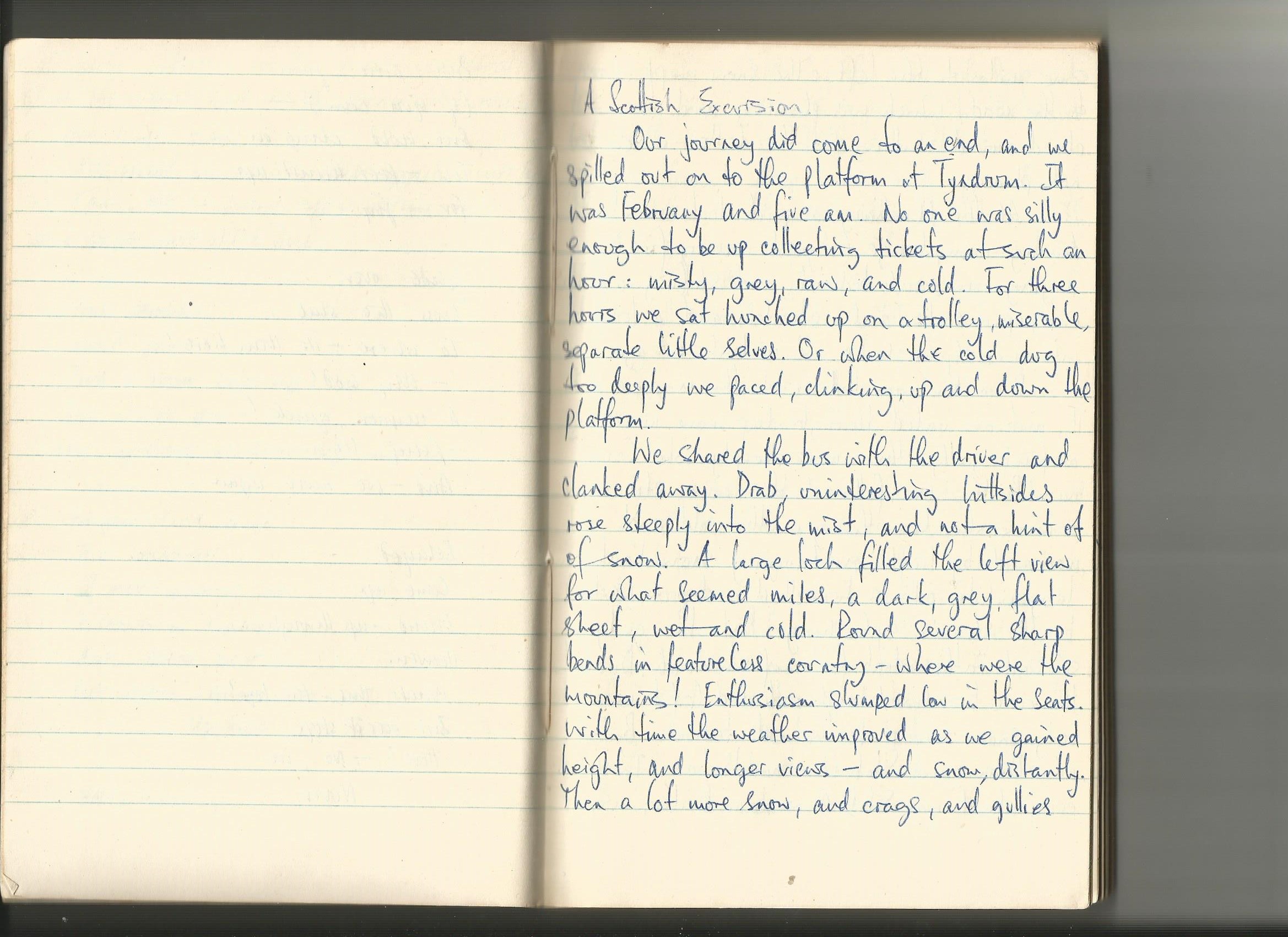 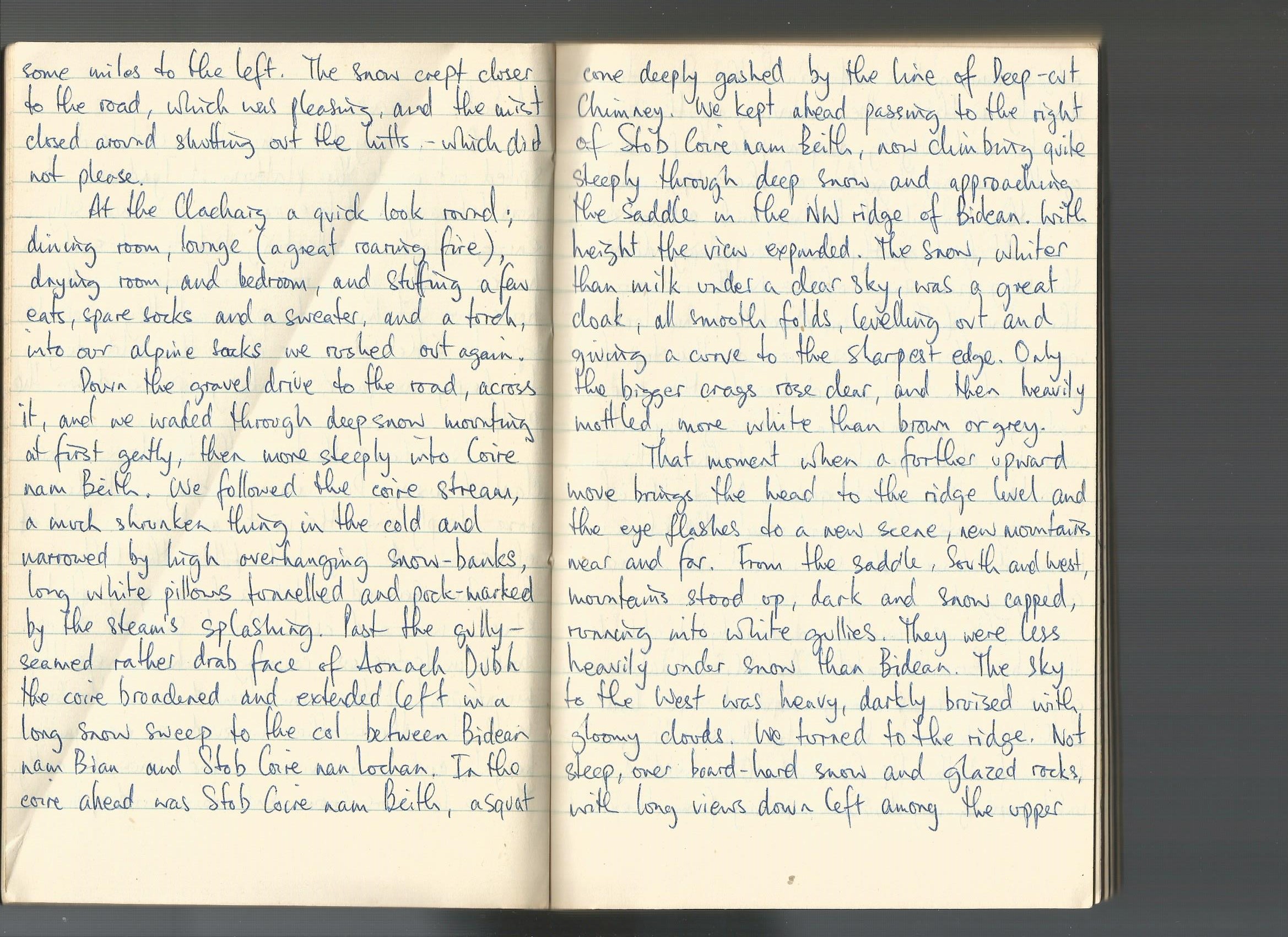 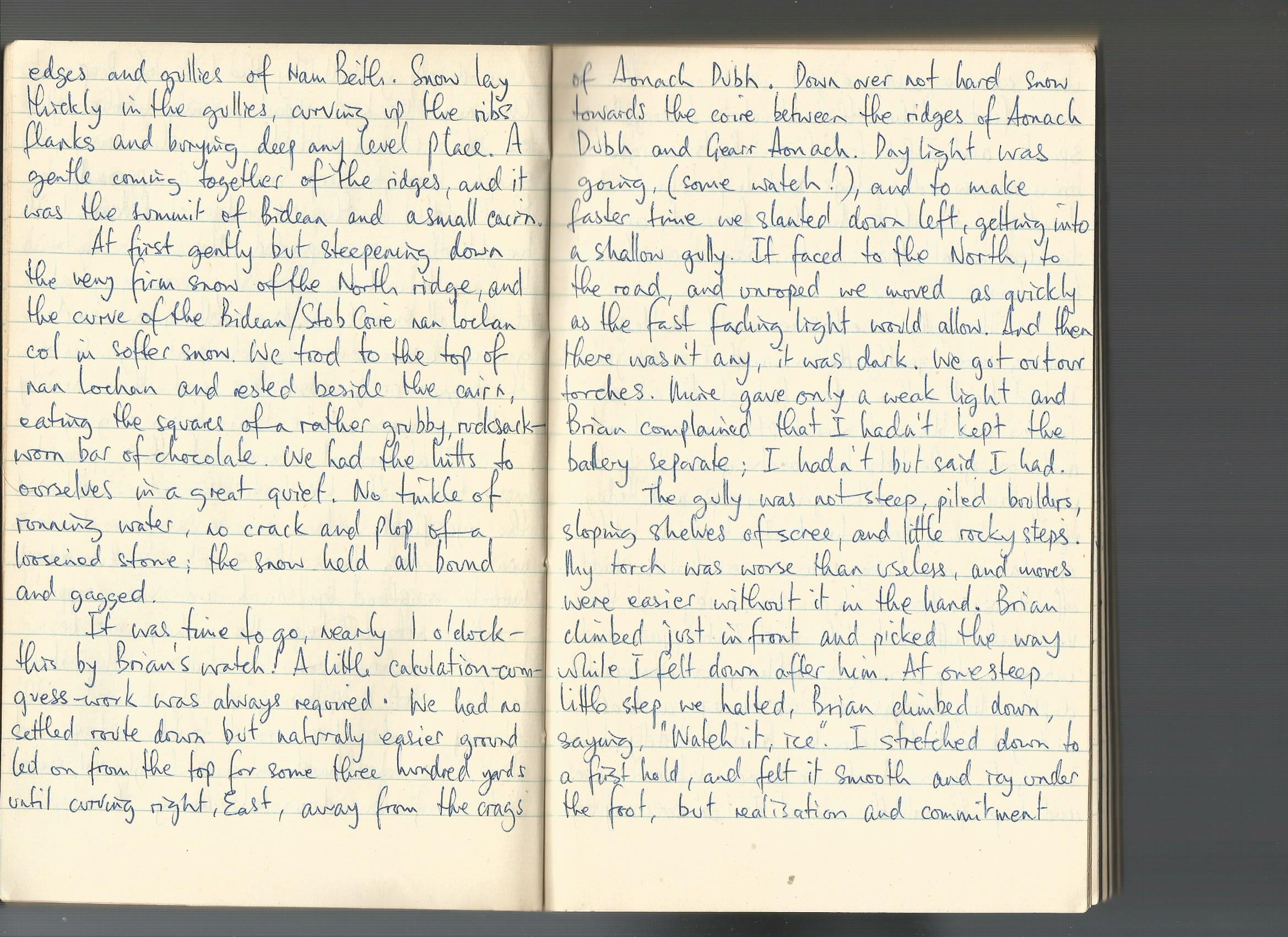 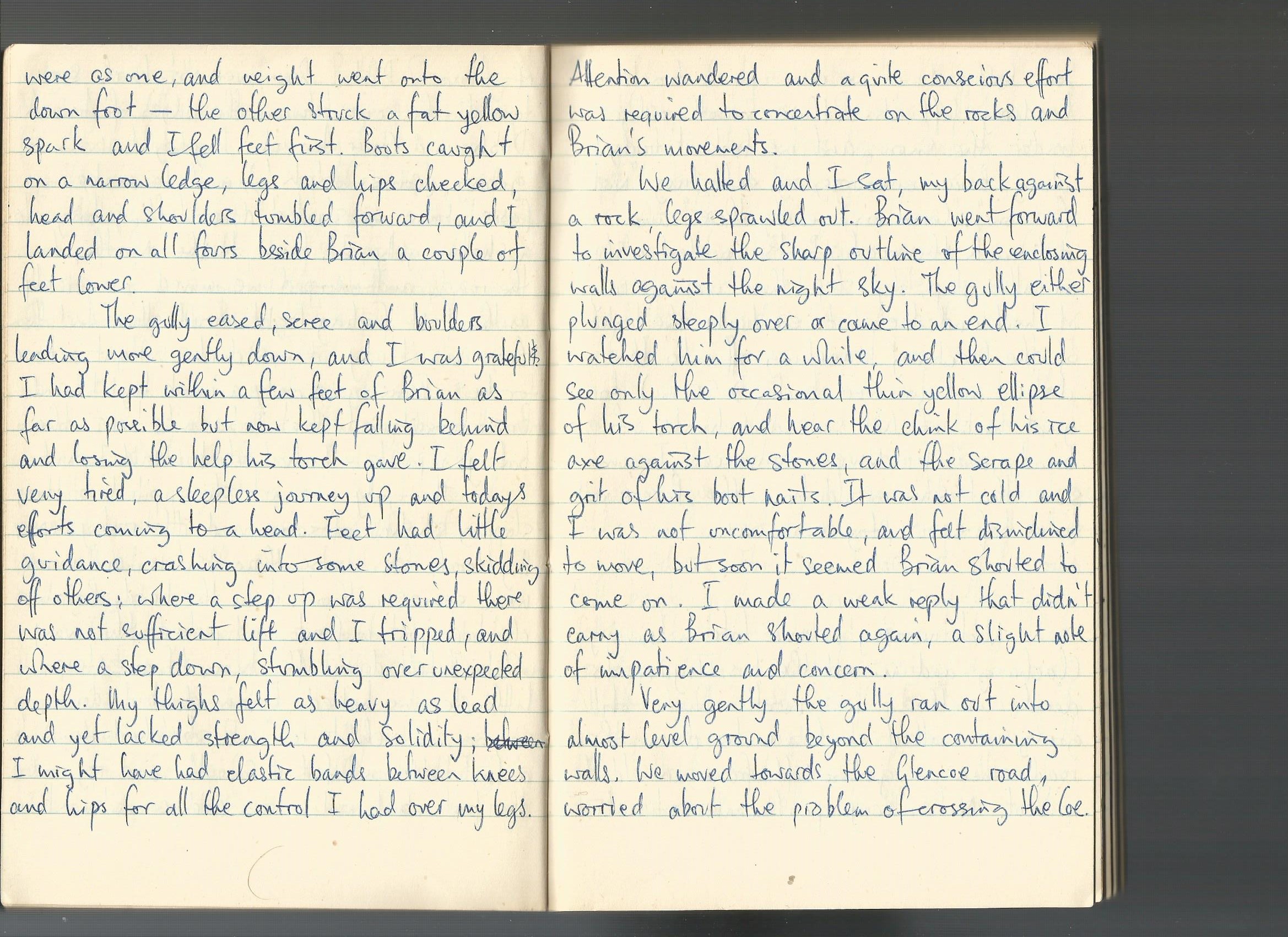 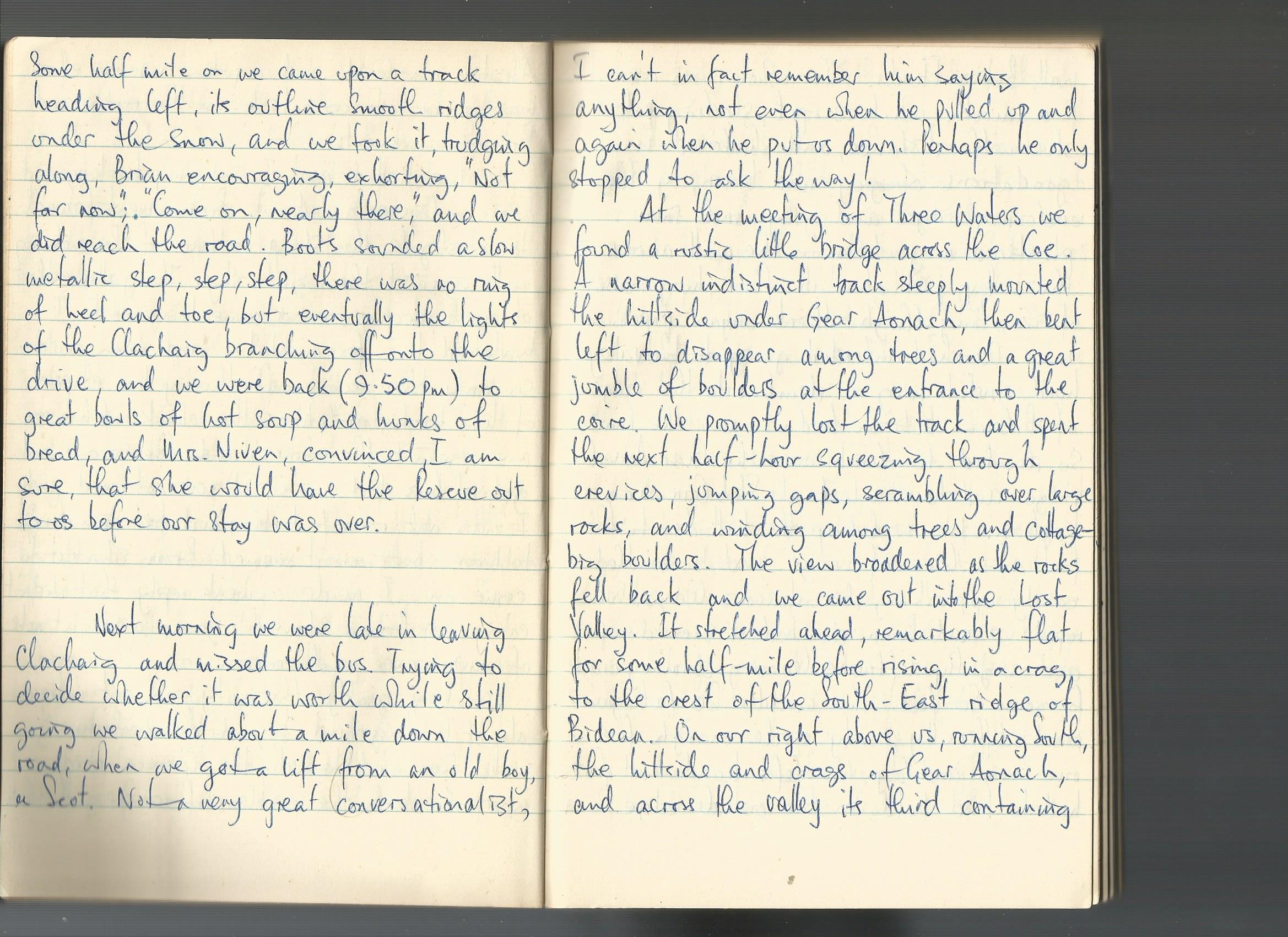 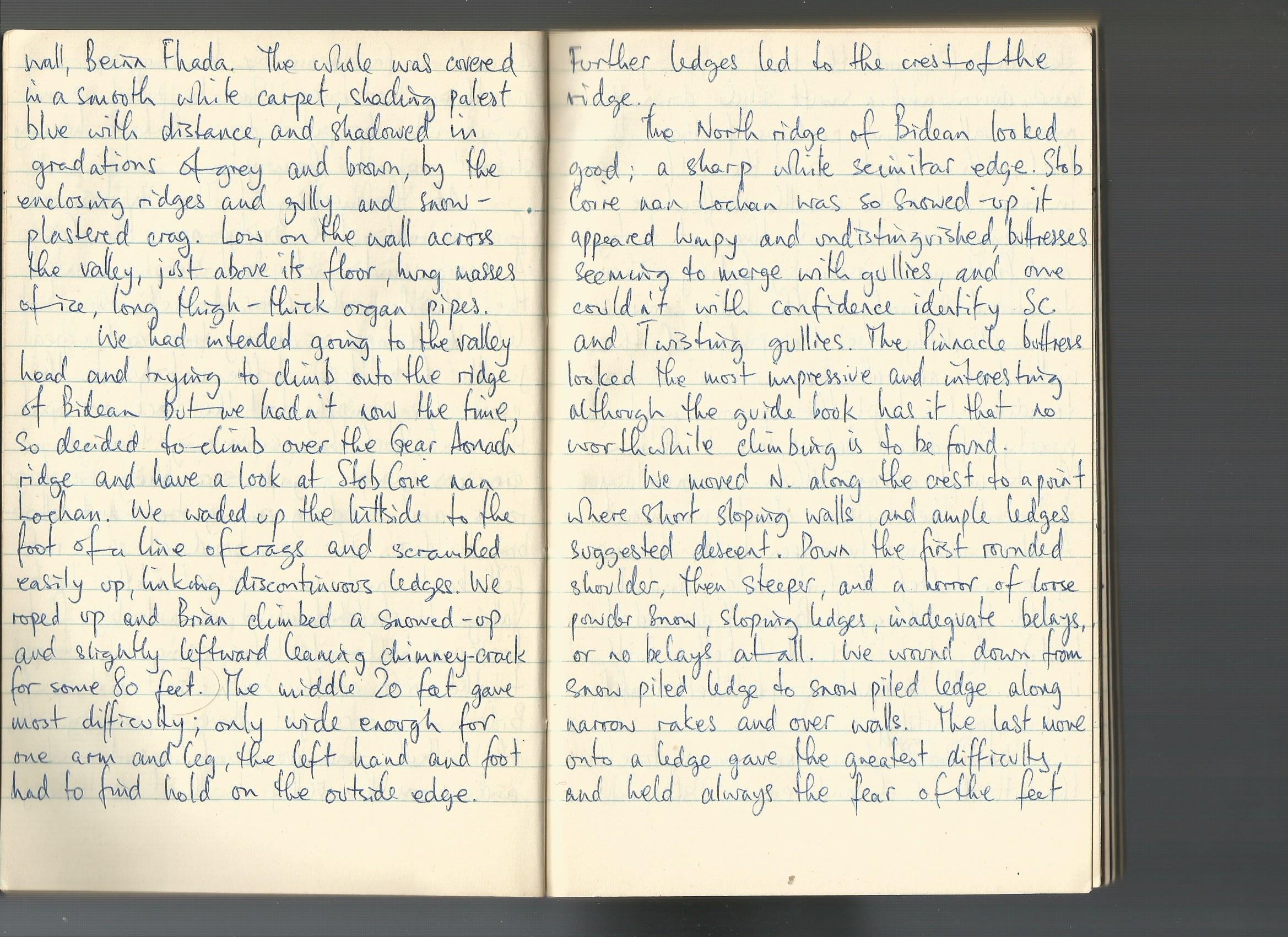 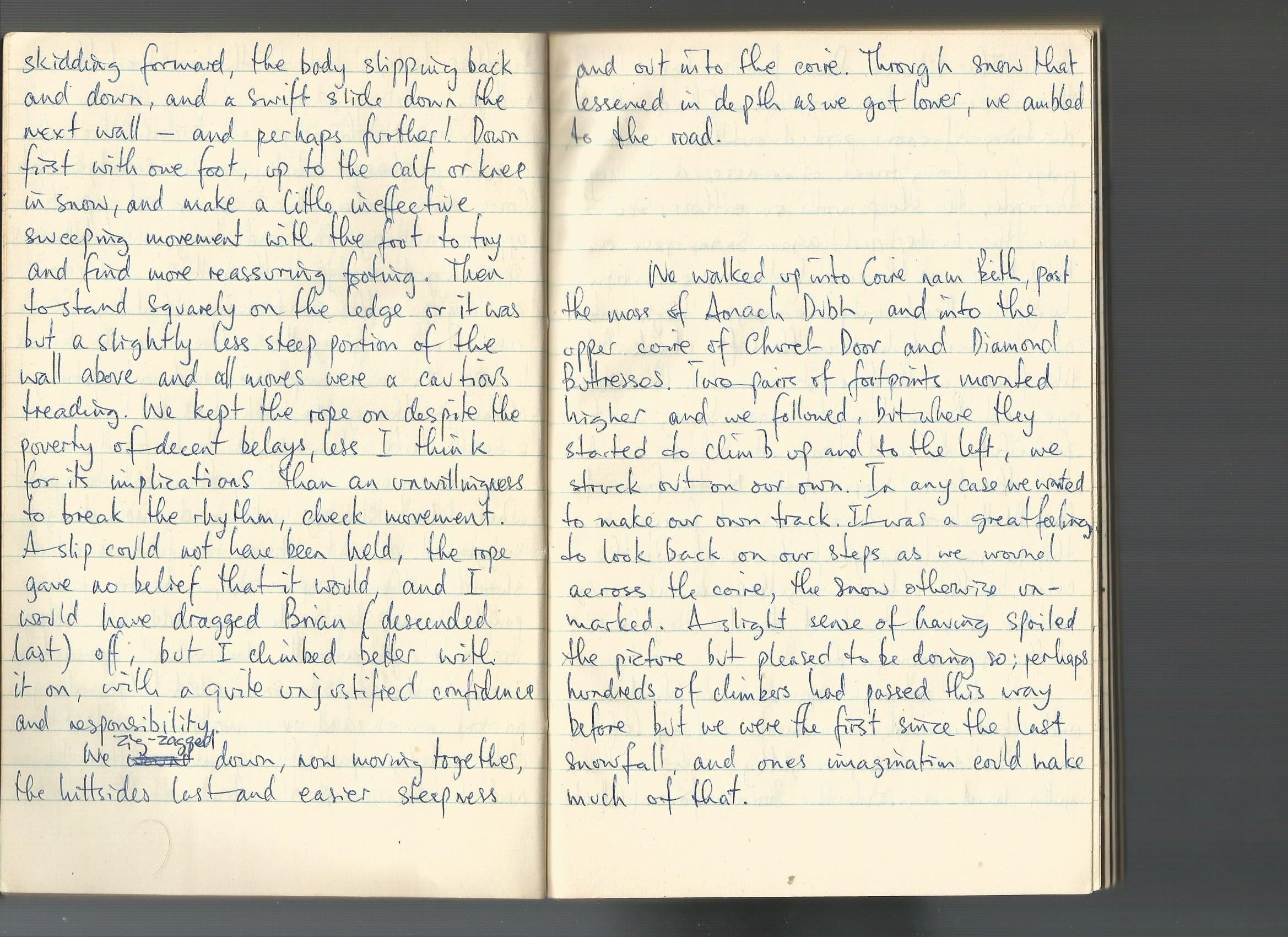 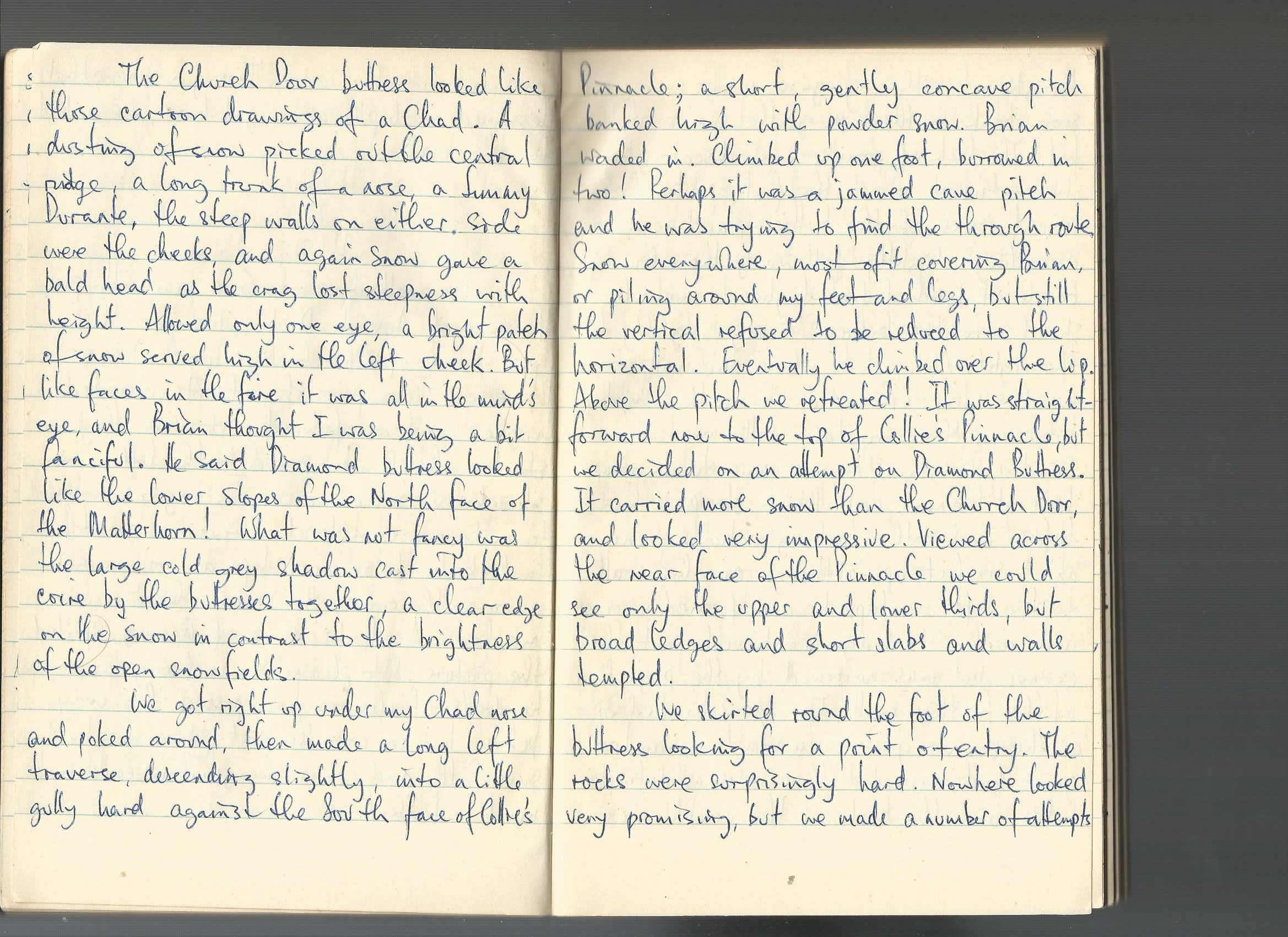 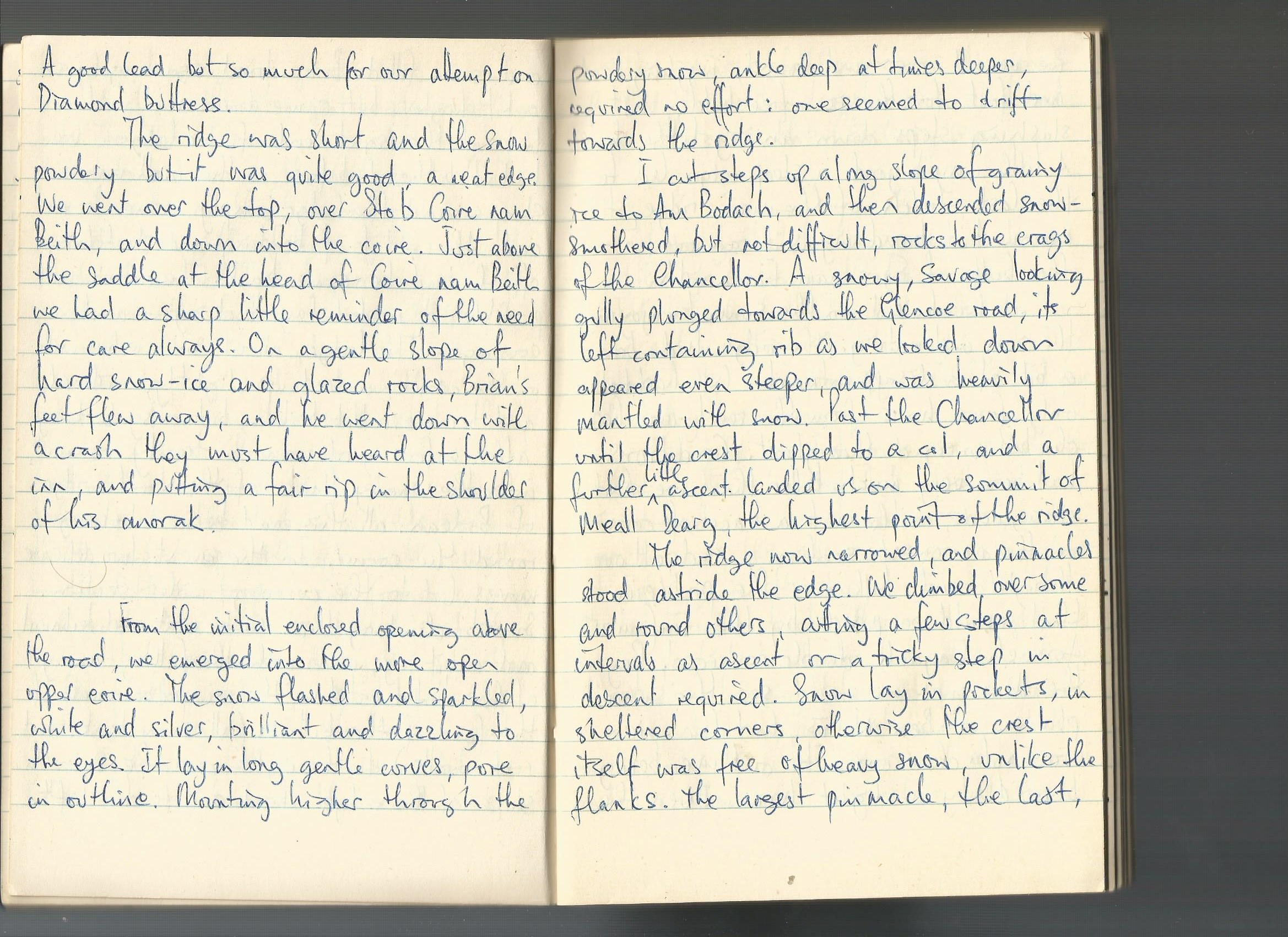 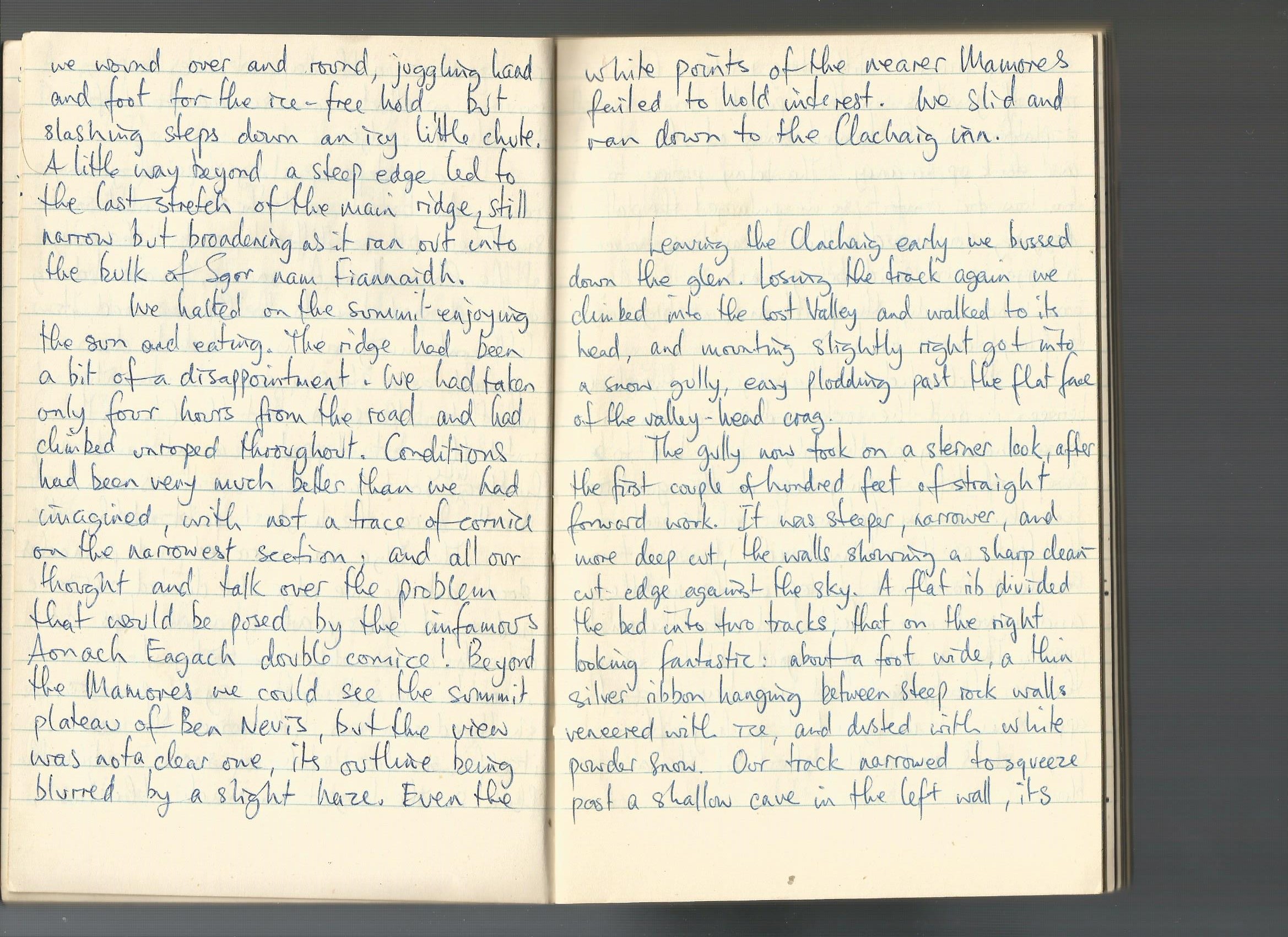 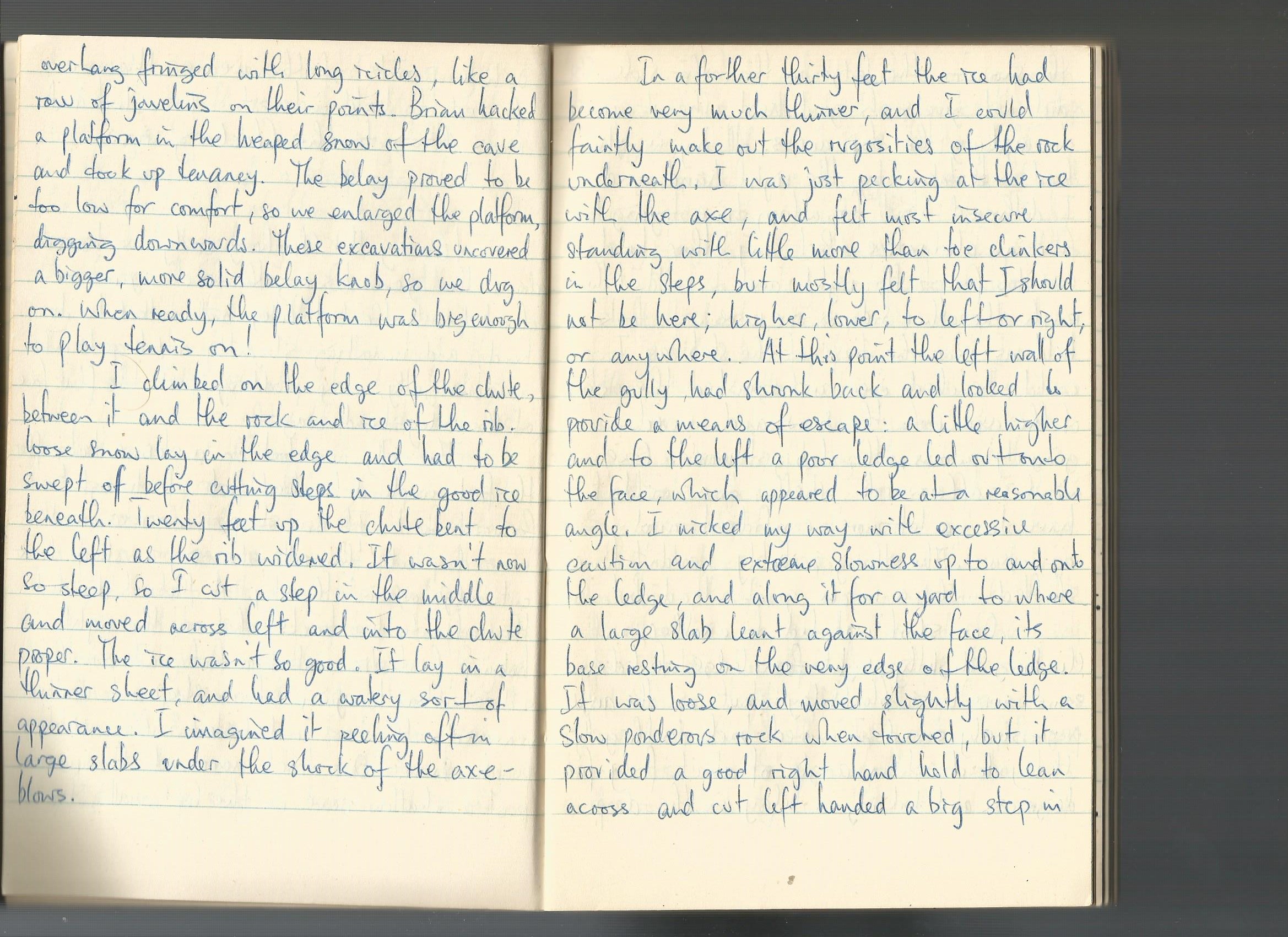 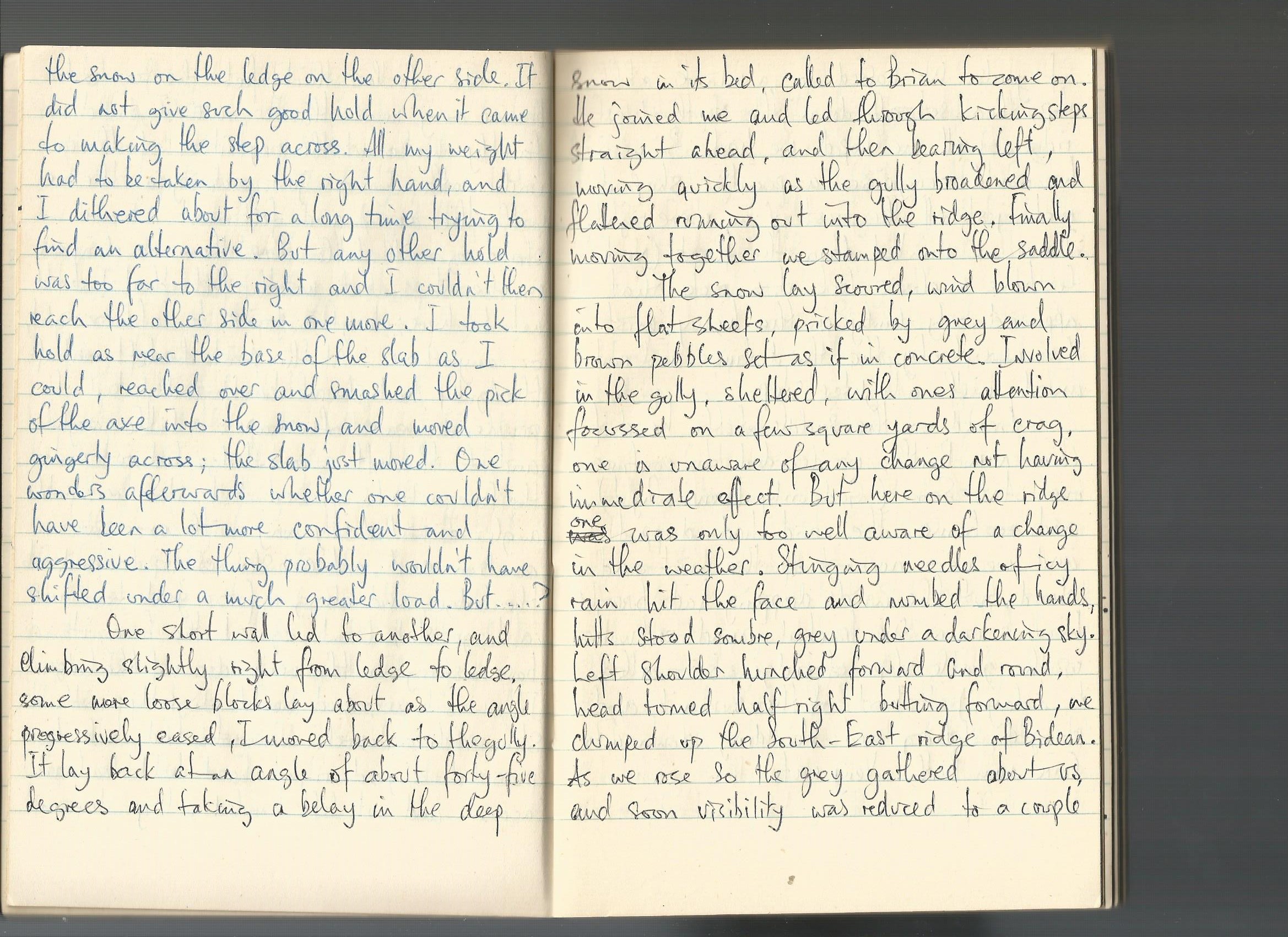 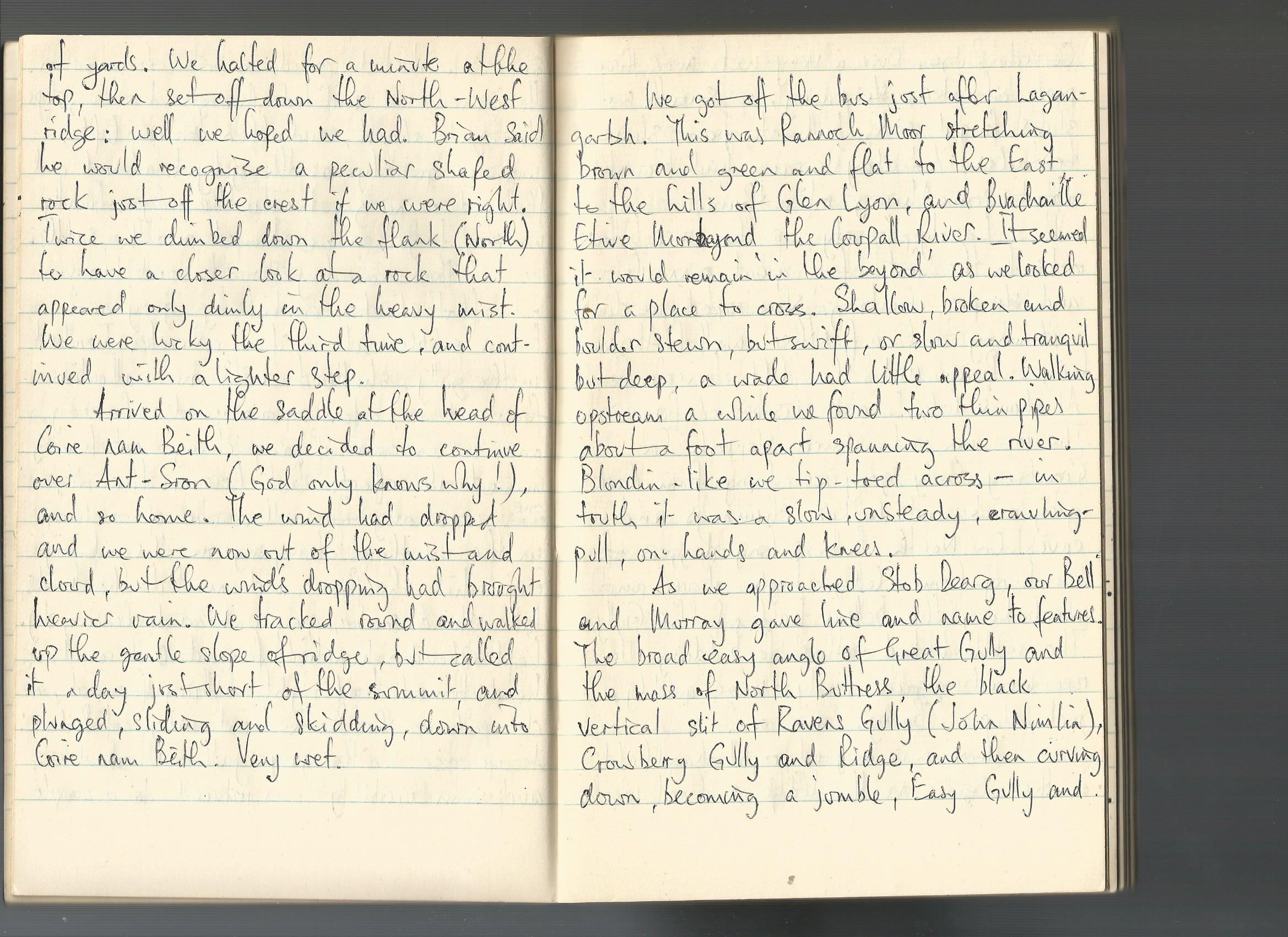 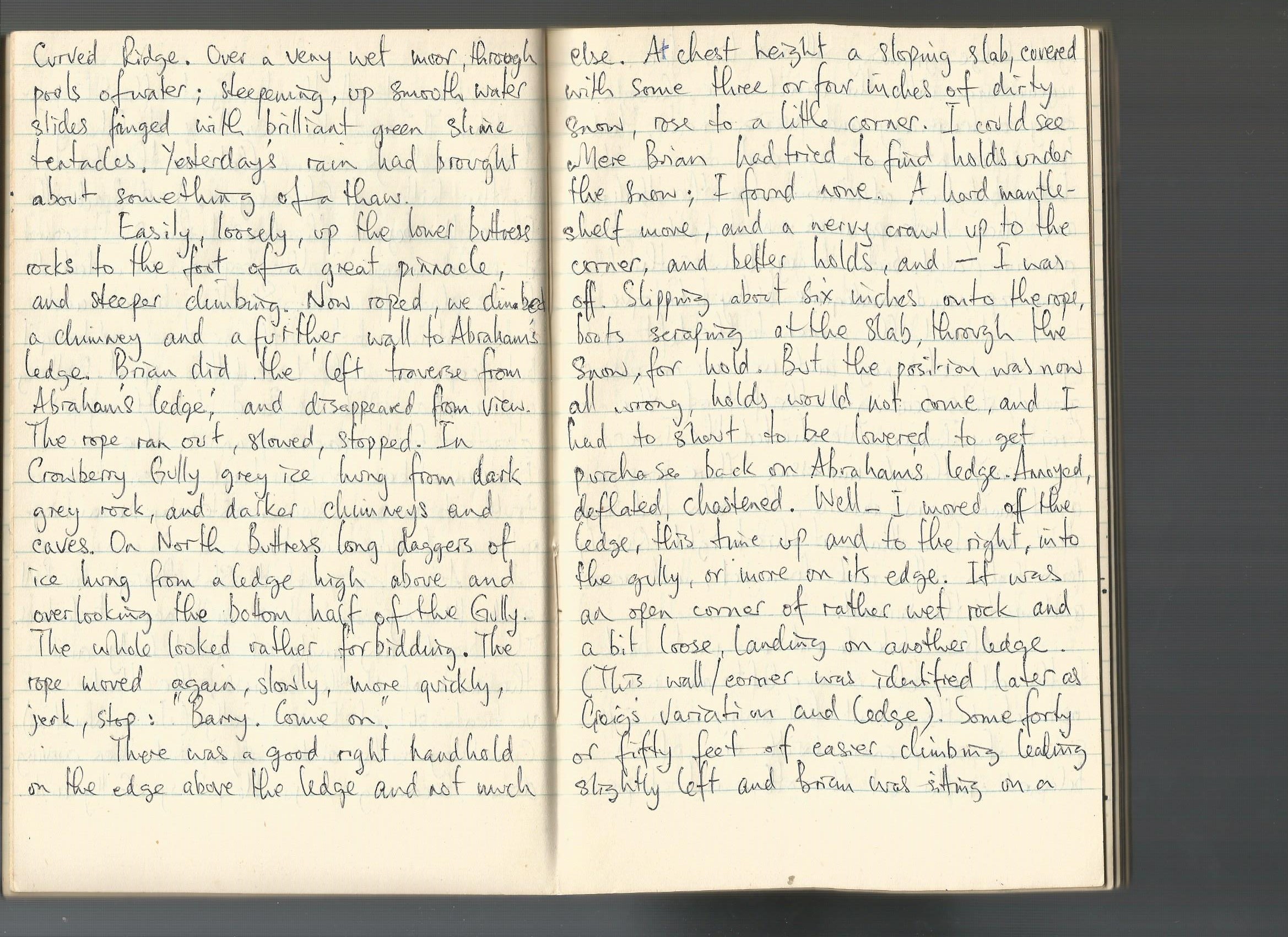 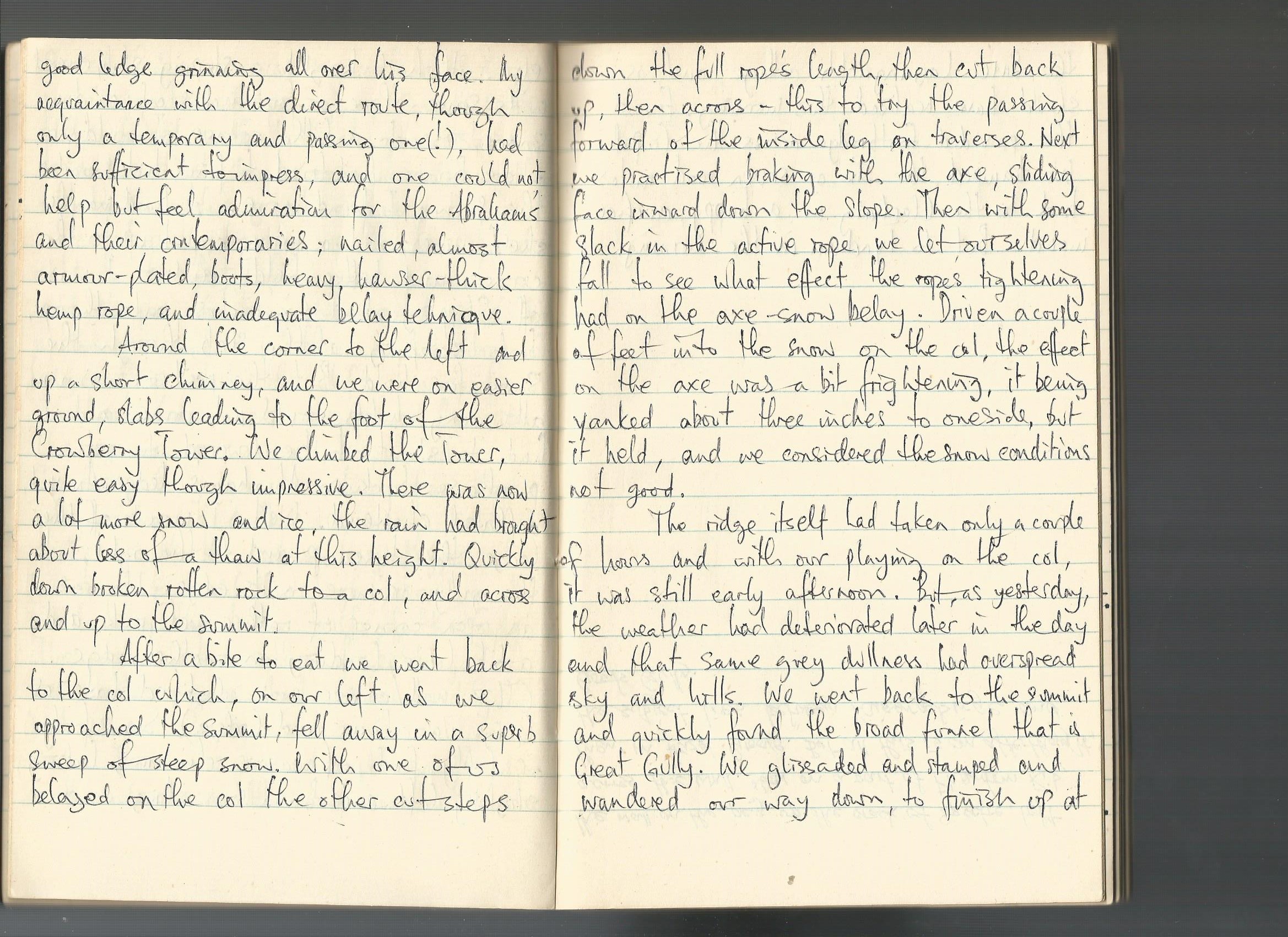 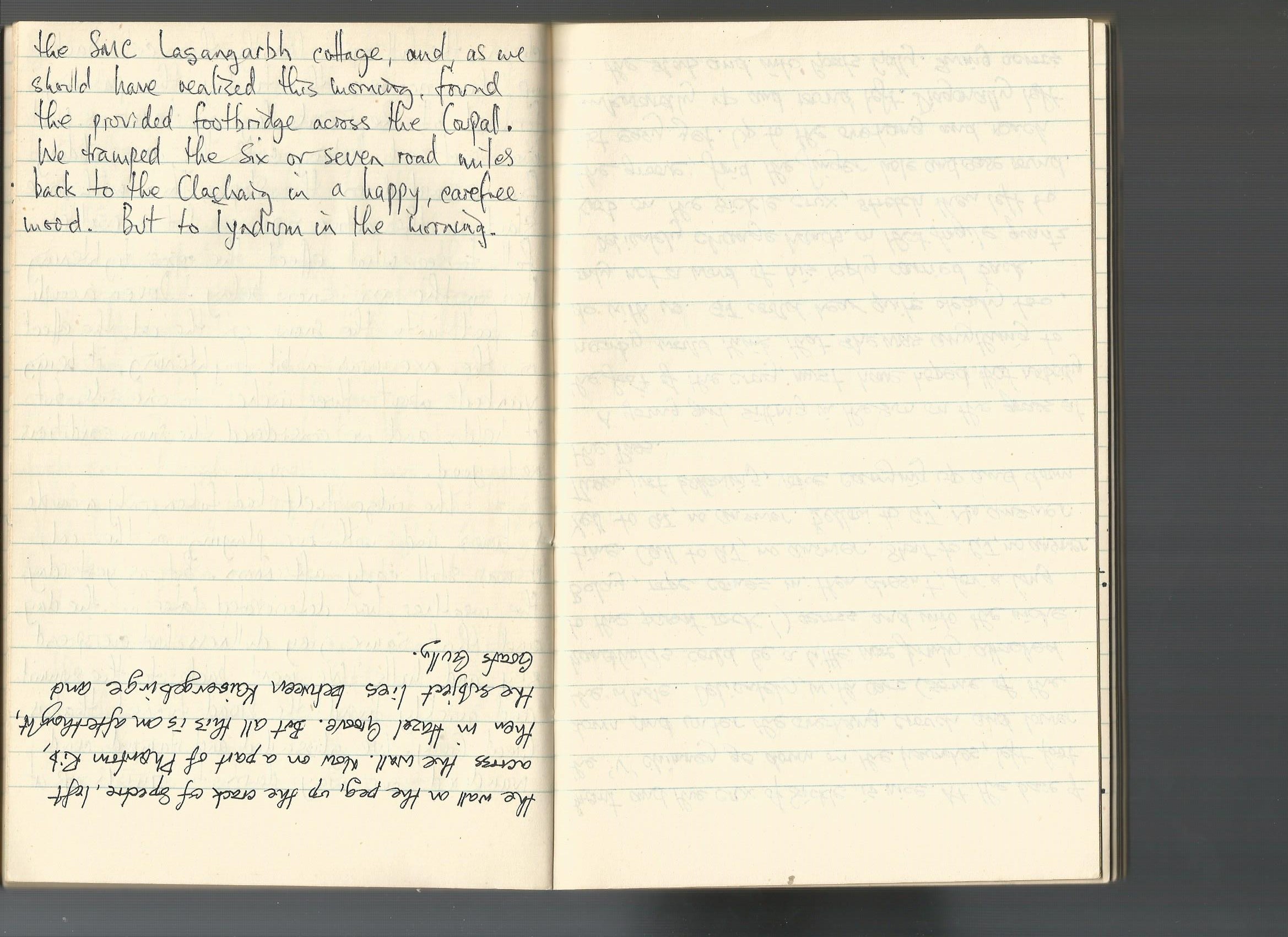 Barry’s entry in his climbing log and write-up of the ascent of Crowberry Ridge,Buachaille Etive Mor, in February 1960 is not as I remember it.

We had both had a go at the crux but had made little headway. I tried again and succeeded but it was touch and go, very messy and nervy: what holds could be found or fashioned were poor.

Barry tried to follow but failed (although I was not aware at the time that he had slipped), and he let me know that he was going to try Greig’s Variation. Some 15, 20 minutes later I was astonished to see him appear at the belay but unroped. He had untied himself, as he thought the rope kept getting caught, and had soloed the Grieg alternative.

I had thought the rope had felt a bit odd when taking it in; apart from anything else it had tended to hang straight down when I had expected it to slant over to my left as I faced outward on the stance. Barry got a bit of an ear-bashing for his troubles.